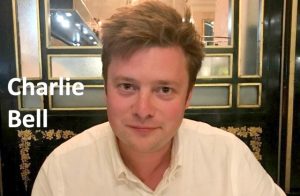 The Revd Dr Charlie Bell is a Fellow at Girton College, Cambridge and curate at St John the Divine, Kennington.

In this article, first published in ViaMedia.news, he offers some hard-hitting criticism of the Archbishop of Canterbury’s public responses to the Ghanaian bishops’ support for the appalling ‘anti-LGBTQI’ bill – in which he appears to conflate LGBTQI+ persecution and surgical torture with equal marriage. Dr Bell concludes by saying “The problem is that, ultimately, we [LGBTQI+ people] don’t matter.” Our suffering is “collateral damage” in the culture wars of the Church of England and the Anglican Communion.

The events of the last week or so have not been good for the Anglican Communion, or for LBGTQI people.

As readers will doubtless know, the Anglican Church in Ghana has lent its support to – indeed encouraged the passing of – the ‘anti-LGBTQI bill’ that will lead to the imprisonment of LBGTQI people and their supporters, the enforcement of ‘conversion therapy’ and ‘corrective surgery’ for intersex people. The Archbishop of Canterbury – after a rather significant delay – initially released a statement that ‘reminded’ the Ghanaian church of their commitment to oppose the criminalisation of ‘same-sex attracted’ people [sic], whilst not missing an opportunity to mention Lambeth Resolution I:10, which opposes same-sex relationships and is entirely unbinding on any member church of the Anglican Communion. Whilst that statement wasn’t much, it was something.

Yet only a few weeks later, a second statement was released that issued an apology to the Ghanaian church for speaking out about the potential incarceration of LBGTQI people before the Archbishop had spoken to them directly. In that statement, the Archbishop stated that “cultural, social and historical contexts must also be considered and understood”. As I have written elsewhere, it is somewhat difficult to imagine which “context” would justify the imprisonment, mutilation and psychological torture of LBGTQI people. It is noticeable that the swathes of bishops who appeared to suddenly become aware of the situation in Ghana the second the first statement was released – and immediately re-Tweeted it – did not do so on this occasion.

But the saga was not over. At General Synod this week, the announcement was made that “while not condoning same-sex marriage, the Anglican Church in Ghana does not condone the criminalisation of the LGBTQ+ community”. Leaving aside the absence of any need whatsoever to mention same-sex marriage – indeed, we are talking about people being thrown in prison and subjected to medical maltreatment, and not holy matrimony – it is the latter statement that is both fundamental, and fundamentally questionable. There is no evidence, beyond vague reassurances from an English Archbishop, that the Anglican Church of Ghana has changed its position. If it continues to support the ‘anti-LGBTQI bill’, then it continues to call for the imprisonment of LBGTQI people.

Yet beyond this, what wasn’t said also spoke volumes. Whilst criminalisation was mentioned in the speech, not a word was said about conversion therapy or the enforced surgery spoken of in the bill for intersex people. By mentioning marriage, and ignoring these genuine issues, by the endless references to Lambeth I:10 and ‘same-sex attraction’, by the utterly baseless conflation of the issue of basic LGBTQI rights and ecclesial relations with ‘those who suffer from the ongoing effects of colonialism’, and in the whole way this has been presented – without evidence, without urgency – it has once again become clear that LGBTQI people are acceptable collateral damage in the diplomacy of the Anglican Communion. At what stage will enough be enough?

Nobody is calling for the Archbishop of Canterbury to patronisingly tell off the Anglican Church of Ghana, or to swan in as a colonial authority. Yet it is equally patronising – and ultimately colonialist – to talk about culture, history and context when deciding whether to argue strongly against the criminalisation of LGBTQI people. The Archbishop may be an ‘Instrument of Communion’ and a ‘focus of unity’, but this will mean little to Ghanaian LBGTQI people if they are thrown in prison or disfigured. It is entirely possible to make an argument about basic human dignity without adopting the mode of colonial overlord.

The problem is that, ultimately, we don’t matter.

For years, I have tried to argue myself out of this position – listening to the voices that say ‘wait’, or ‘patience’, or ‘warm hearts and cool heads’. But it is true – we simply don’t matter. What matters is the propping up of a colonial-era structure that is the Anglican Church’s version of the Emperor’s New Clothes. The Communion is broken – it is simply not possible in a post-colonial world to have an Englishman who is both Primate of All England and the ‘focus of unity’ worldwide. It is startlingly obvious, and yet we lack the vision and faith to reimagine the Communion for the twenty-first century. And the price we pay is the cheapening of LGBTQI lives.

The most recent session of General Synod simply emphasised this.  In response to a question, we were told by the Bishop of London that LBGTQI ordinands and clergy don’t have to assent to the document Issues in Human Sexuality, only to ‘live within its guidelines’ – guidelines which forbid any sexual relationships for LBGTQI people. We were told to wait for the outcome of Living in Love and Faith, with a benign smile of ‘I know it’s a difficult time’, belying the blithe attitude that characterises so much of the central church’s engagement with ‘issues’ that are grappled with daily in the lives of LBGTQI Christians. ‘All candidates’, we were told, must agree to live within the guidelines – yes, indeed, ‘all candidates’, yet the guidelines aren’t forbidding ‘all candidates’ from forming any sexual relationship whatsoever. The LGBTQI experience is one again ignored and minimised – there are overtones of ‘all lives matter’. LBGTQI people are put in a position where we are not expected to ‘assent’ to a document but are expected to live within its guidelines which are explicitly based on the reasoning found within it! It’s sophistry of the very worst order. The situation would be farcical were it not so tragic.

At some point someone is going to have to take some responsibility. It is a known fact that some bishops are privately in favour of change. The time to speak is now.

LBGTQI people are either collateral, or they are beloved children of God. Enough with the excuses, enough with the politics. We are not called to be politicians – indeed we are not ultimately called to be a focus of unity, if that damages God’s children. We are called to be heralds of the Kingdom of God. It’s time to get on with it.

This article originally appeared on the ViaMedia.news website on 19 November 2021 and is republished here by kind permission of the author and publisher. The original article is to be found here: https://www.viamedia.news/2021/11/19/ghana-synod-the-othering-of-lgbtqi-people/.