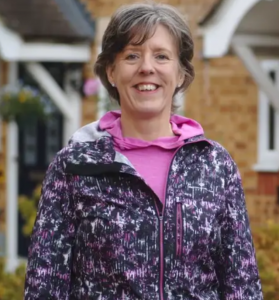 Sara Gillingham was a lay member of the Church of England but left the C of E as a result of the distressing experiences described in this article. She was invited to join the LLF project because she is a Christian with intersex traits, and she contributed one of the short ‘story films’ that are used in the LLF Course (you can see Sara’s video here). However, the inappropriate and indeed abusive ways in which she was treated made it impossible for her to continue as part of LLF.

Sara Gillingham: On the outside Looking in

It is now over six months since I made the decision to leave the Church of England, and I feel far better for doing so.

I was left scarred by my experience of the inner machinations of the Church and the Living in Love and Faith Project. It was some years ago at the Regional Shared Conversations that I shared my experience of growing up as a Christian with intersex traits (also known as ‘variations in sex characteristics’, VSC). For the uninitiated, intersex traits can include variations in chromosomes, gonads or genitalia that do not fit the typical binary of what it is to be born male or female (not to be confused with transgender).

During this time I had people without invitation praying for me to be healed, ordained priests refusing to share the Peace with me, being labelled ‘disordered’ and having rumours spread through my diocese that I was really a man with bad intentions. But I have frankly moved on from this bad experience of Church by simply leaving it.

However, I am unable to entirely let go. I am aware that I was the only one born with VSC who participated in the Shared Conversations, the work of LLF and the Pastoral Guidance Group, which is still ongoing. By stepping aside, for good reason as the incessant condescension from a number of participants became debilitating, I fear now that people born with intersex traits will again be forgotten when we see the outputs from the LLF and PAG in 2020.

With six months having gone by, I now have the opportunity to reflect on the LLF process. My observation is that LLF will fail to move us forward as needed due to both structural and cultural problems, as we have already heard about from those commentating on the IICSA hearings. The problem is the power and privilege vested in the Church. I do not think those in positions of authority will ever truly grasp its pervasive nature.

I was certainly the ‘outsider’ in LLF, neither an academic nor ordained, and many participants failed to recognise is was from me they needed to learn rather than seeking to give me answers to my own embodiment. Too often the ‘learned’ in seeking to represent the marginalised, are substituting their own voices for those they seek to represent and ‘save’. Christianity is subversive, but we have created a national Church that speaks for the marginalised (or some of them), rather than being made up of the marginalised.

We have created an institution that seeks power and authority, but is failing to critically analyse its own privilege. Two questions that need to be answered are: in seeking that influence, who has it taken power away from? Are we any more a Christian or loving country in this grab for power? The Church at its worst in some parishes is an agent for social control, full of self-righteousness, pushing the weakest into blind obedience or even further to the margins.

I was a weak voice that was unhelpfully categorised by the Church. To explain, what was particularly difficult from being involved is that an ‘intersex identity’ I did not recognise was being forced upon me. My experience was too often being seen through a telescope of identity politics, and this was equally true from both conservative and liberal theologians. Whilst I certainly do not deny the existence of ‘intersex activism’, which I support, the reality is that most people with intersex traits simply do not experience their variations as anything other than a variation in physical anatomy.

Theologically I was forever put in a position where I had to legitimate my bodily existence drawing on scripture, for I was repeatedly told God made us either male or female, so therefore I must be inherently ‘disordered’ as a result of the Fall. I could draw upon scripture and theological writings on eunuchs, but the reality is I have never questioned that I was born other than like everyone else, in the image of God.

It is problematic that the writings on intersex by liberal theologians often first turn to a justification of our existence, rather than first assuming our acceptance. The other criticism is that often our embodiment is used in theological debates around gender identity and sexuality, in a way that treats us as a building block in another person’s wall.

Personally, I have much more been drawn to disability theology. My experience of how I have been treated by members of General Synod is in stark contrast to that, quite rightly, experienced by people with Downs Syndrome in February 2018, when Synod gave ‘unanimous backing to a call for people with Down’s Syndrome to be welcomed, celebrated and treated with dignity and respect … the Church’s belief is that every human being is made in the image of God and is of unique and equal value’.

Unfortunately, intersex bodies have become weaponised, because our variations disrupt people’s understanding of themselves, their binary notions of sex, and what they think bodies should look like. The Church needs to continue its journey, creating an institution that seeks not just to be a carer of people with disabilities, but to be transformed into a Church with leaders who have disabilities, and are the carers. We need a Church that is comfortable with imperfect bodies, that does not equate notions of bodily perfection with holiness. Intersex bodies are Imago Dei.

But I have left, and I feel much better for having done so. My message to LLF and PAG is that your job is to make this not so.

This article originally appeared on the Modern Church website on 8 January 2019 and is republished here by kind permission of the author and publisher. The original article is to be found here: https://modernchurch.org.uk/sara-gillingham-on-the-outside-looking-in.